skip to main | skip to sidebar

Well I saw Susan Polgar's web site was named after, guess what, "Susan Polgar." So I thought I better snap up my name as soon as possible before some other Ray Schneider get's the idea. In case you didn't know Susan Polgar is a chess Grand Master. I don't know if she is the only woman grand master, but it's enough that she is a grand master. So since I got the idea to make this blog from her blog I thought I'd mention that I'm a life member of the United States Chess Federation, but I have not played competition chess in forever and was never rated higher than a high B or low A (that's what they called'em when I was playing, now they number the categories). 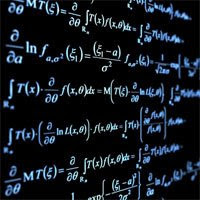 I'm a scientist. Most of my life experience has been working as an applied scientist. I have a B.S. in Physics, most of an M.S. in Physics too, although I actually got my M.S. in Engineering Science, and a Ph.D. in Information Technology. If you're curious you can check out my Vitae. A large part of my technical career was leading cross disciplinary teams to do developments focused on military or industrial problems.

I've actually taught throughout my industrial career part-time, first in vocational schools in Minnesota and later after moving to my present location as an adjunct faculty member at James Madison University in Harrisonburg, Virginia. So when I completed my Ph.D. nothing was more natural than to start teaching full time, which I've been doing since 2001. Currently I am teaching at Bridgewater College in Bridgewater, Virginia.

I have a lot of hobbies and one of them is writing. So it is only natural that I have combined my interest in writing with my hobbies. I've written for computer magazines on computer related topics and was a columnist for three years with VAR Business magazine writing a little column called Focus on Software. Then around 1996 I got interested in hydroponics and have written on hydroponics gardening for The Growing Edge since then.

I like to garden, but not in the usual way. I'm way too frustrated with digging and weeding and things like that to be very good at ordinary gardening. So instead I grow things about 3 feet off the ground in PVC plastic tubes using hydroponics. My adventures are documented in my blog The Weedless Garden.

I love ideas and in fact some of my favorite things are Notetaking, Drawing— especially diagramming ideas Mindmapping. Just because I think ideas are so interesting I started the blog Spitzenpopper— which is reserved for little squibs of text and images about whatever ideas are in the air.

A Sindonologist is someone who studies the Shroud of Turin. I've been aware of the shroud since about 1960, but really got interested in it when John Jackson and Eric Jumper discovered the three dimensional encoding properties of the image. I'm a member of the Shroud Science Group and involved in detailed image analysis of the shroud image. For more information about the Shroud of Turin you can visit Barrie Schwortz's excellent site www.shroud.com
Check out a video on the HAL9000 image of the shroud Click Here
Posted by Ray Schneider at 5:55 AM 2 comments: